Becoming a Paralegal in Arizona - AZ 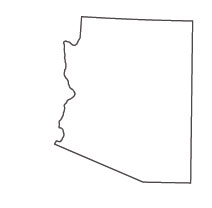 Nearly five thousand paralegals are working in Arizona, according to the 2010 Bureau of Labor Statistics report, with the metro-Phoenix area supporting the tenth largest population of paralegals in the nation.

In part, this may be due to a 15 year window in which non-lawyers were allowed to prepare legal documents for people who chose to represent themselves in court. This gave rise to the career of the “independent paralegal” in Arizona.  In 2003, a court ruling formalized this profession by creating the “legal document preparer.” Arizona was the first state in the nation to allow paralegals to work without the supervision of a lawyer in the preparation of legal documents, though they are limited to giving legal information and not legal advice.

As the profession of the paralegal has become more widely accepted, it has become necessary for job candidates to distinguish themselves. One way to rise above the competition is to complete coursework in paralegal studies.

Many people interchange “certificated” and “certified.” It is important to understand the difference between the two and to clarify with a potential employer which of the two types of paralegal they are hoping to hire.

Is There Paralegal Certification in Arizona?

Certificated paralegals have completed educational coursework in paralegal studies and thereby earned a certificate. Some certificate programs may require that the applicant has earned a degree in another subject and offer the certificate as a supplement to previous education. For example, if someone has earned a bachelor’s degree in another subject, they may complete a certificate program which offers coursework solely relating to the paralegal profession and without the normal general education requirements. Other programs may offer a stand-alone certificate. Since there is such variation in the programs, it is important to research which ones are approved by the American Bar Association (ABA) and which ones are accredited programs.

National certification is offered by the national paralegal associations. Its purpose is to increase the professionalism of paralegals by certifying that they have mastered the national requirement of legal information and are competent in their field.

Certified paralegals are those who have passed such an exam and have been issued certification by a national paralegal association.

Currently there are four national exams from which to select:

Paralegals can choose from two professional associations in Arizona.

The Arizona Paralegal Association (APA), which is affiliated with NALA, was founded in 1977 and has grown to include over 400 members. One of its goals is to further the paralegal professional, which it does by supporting professional development, encouraging high standards and ethics, advocating for the profession with local and state bar associations, and serving as a clearinghouse for information about legal assistants. The APA works to keep its members up-to-date by offering “learn at lunch” seminars, annual Legal Seminars and many online resources such as updates to federal rules.

Large law firms are often large employers of paralegals. Most of these firms are located in Arizona’s larger cities, like Phoenix/Scottsdale and Tucson.