Paralegal salaries may vary widely, with paralegals with the highest levels of education and experience typically earning the highest salaries. Salaries in large cities tend to be higher. Regional differences, such as the availability of licensure, can affect salaries as well. Other factors include: specialization, area of law, size of law firm.

According to the 2006 census, the average salary for a paralegal in Canada was $35,255, with the highest average salaries earned in Edmonton, Alberta, and the lowest in Saint John, New Brunswick. The British Columbia Paralegal Association (BCPA) reports that the salary range in British Columbia for a paralegal who has been employed for at least one full-time year ranges from $30,000-$90,000.

Paralegal Salaries by Province in Canada 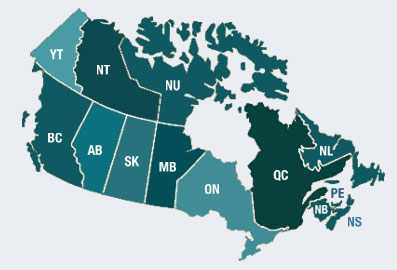