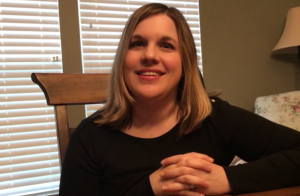 Angela has worked as a paralegal for 11 years, and she’s learned a lot along the way. Over the course of nearly a decade in litigation, Angela has found that organization and the ability to multitask are crucial. Angela explained to us how paralegals are always learning something new throughout their careers, and that a no-nonsense, take-no-guff attitude has served her well over the years when working with high-powered attorneys.

What area of law do you work in?

My area is in business development, but I worked in law firms prior to this for 10 years. This is a totally different job, a different animal working as a contract administrator. I started as a temp. When they posted the position, they wanted a paralegal to fill the role, although it’s not working with the law. My job is more like a mix of corporate stuff and some legal stuff, but no real-life cases. Someone’s not being sued, and we’re not doing contract law. I do some board things, minutes, etc. I am getting into a new position called disadvantaged business enterprises that involves getting job contracts for disadvantaged people

Do you work in a large office? Are there other paralegals in your department?

My department is probably no more than 10 people, but we are just one department of a bunch of different departments. There are no other paralegals, but there is an attorney in my department.

What made you decide to leave the litigation environment?

When I initially started as a paralegal, I always thought in the back of my head that I would go and be a lawyer, so I went and did that to kind of get my feet wet and see what it was all about. After about five years, I realized being an attorney was not what I wanted if I wanted to have a life. It’s not necessarily that I didn’t want the responsibility, but I wanted to be able to have a life and not be consumed with my job

What is your educational background?

I have a bachelor’s and a master’s in education. After I earned my master’s degree, I worked at an after-school program and it just wasn’t cutting it for me financially, so I went back to work as a paralegal and I worked there for 5 years. Then I left to have my kids and after my second child, I decided to leave because the environment became a little unsettled. After that I saw the temp position in business development and was hired on full-time soon after, and I’ve been doing it ever since

Do you find that the majority of people who become a paralegal have their sights set on a career as a lawyer?

Some, but not many. I think it’s because they see what it (the lawyer profession) entails and they rethink it. I don’t know many who have gone on to become an attorney. Usually when they become a paralegal they usually stay in that role.

I don’t know too many who have gone to law school. I never met anyone who did that. I think it’s because once you see you the environment, their culture, their hierarchy, and what goes into being an attorney.

As a paralegal, you have to bill hours, but as an attorney, you have to bill more hours and work evenings and weekends, and that’s not really something a paralegal has to do, unless there’s special circumstances, like a trial. With trial prep, you’re doing late nights and weekends, but there are not as many trials as people would assume. You may have one every year or so.

So, the glamour wears off quickly when you’re in the trenches?

The corporate environment might be less stressful because in a litigation environment, you have to keep track of your time. In my case, I worked for eight attorneys simultaneously, and they each had their own cases and I had to handle those cases. I liked the stress, I thrived on it. I like being busy. If I had downtime, I was bored, so I think you have to know what you like

Did you choose an area of law to work in, or is that something paralegals end up falling into?

Yes, you usually end up falling into a particular area of law. In my case, a litigation position was open, and that’s where I got my foot in and that’s where I stayed. When you go to school to become a paralegal, you learn a little bit about everything.

There’s not an opportunity in your course of study to choose a focus?

No, there’s not a track to become a certain type of paralegal; there’s nothing like that.

What traits do you think a paralegal should have?

You really have to be organized and able to adjust to their (lawyers’) personalities because not every attorney works the same way. You have to be able to adjust and be flexible with how they work. If you know this attorney likes his binder this way or his documents this way, then you have to switch it up when you work for the next one. You could be working for five attorneys in one day, so you must be able to switch it up.

Would you say there’s room for advancement in the profession?

It depends on where you’re working. If you’re in a smaller law firm, you’re more likely to wear multiple hats, so I don’t see advancement in a small private practice or small firm because you’re probably be going to do everything and there’s not going to be anywhere to go. If you’re in a larger firm, you can become a paralegal manager, but after that, there’s really not too much unless you decide to go be an attorney or go into a corporate environment and see what they have to offer.

For example, I got into this contract administrator position. It’s a different title, with some of the same aspects, but it’s a little different. And I probably have the opportunity to grow here.

Do you think to advance in the profession you must have more education?

No, I think it’s experience. And keeping up with technology. There’s a lot of technology and you have to be able to keep up with that.

How about continuing education?

Does your employer encourage you to do these things, or is it for your own professional development?

They paid for it, but it was something I didn’t necessarily have to join. Paralegals often try to recruit each other to join.

I’ve read through blogs and online discussion boards about paralegals not being respected by attorneys. Do you find that to be the case?

Yes, I do. That’s really where the letting it roll off your back comes then. They can be very mean. They can be downright nasty and rude, and some of them, depending on who it is, are more difficult to work with than others. Female attorneys are often more difficult to work with because yes, they’ve come a long way, but they still have a way to go to earn their respect in the profession, so some of them can be very harsh. You have to up your game when you work for a female attorney.

Have you seen paralegals who have the education and know-how but just can’t handle it emotionally?

Is there a need for paralegals? Is the market flooded with paralegals?

As the attorney profession grows, there is a need for paralegals. And in some areas, paralegals can represent individuals and certain types of cases. Here in Pennsylvania that’s not something that’s allowed, but there’s different rules for those in other states. That’s more prevalent in the southern states.

In certain industries, paralegals are used more to keep the cost down. Especially in insurance defense. In some cases, there are things that paralegals are doing that first-year law students are doing in a firm. They’re doing it because they have the know-how and they bill less than what a young associate would bill. A standard paralegal rate in Pittsburgh is $180 an hour, but for attorneys, it can be up to $500 an hour.

What words of advice would you give someone who’s interested in going into the profession?

Think about the qualities that I mentioned. Be organized; let things roll off your back. Be prepared to stay late and cancel some things because of work duties. You have to go with the flow and be flexible, and if you really value your social life, you need to think about that because sometimes it will need to be put to the wayside.

What are some things about the profession that you think people may not be aware of?

That you have to keep track of your day in six-minute increments. People don’t realize all the paper that’s involved. It’s not glamorous like you see on TV shows where they’re in court every day, all day. That’s not how it is! You are surrounded by boxes and boxes of paper, and sometimes you’re not respected. It’s not like your besties with your attorney!

What is the best part of your job?

The best part of my job is learning about a case, from the beginning to the end. When you get to see a case from the start, you really get to see the evolution of it. If you like learning new things, you will.