Becoming a Paralegal in Canada

According to the 2006 census, more than 37,000 people are employed as paralegals throughout Canada, with the projection that the paralegal profession will continue to experience growth as in-house legal departments grow and new areas of practice open to paralegals. Paralegals are represented nationally by two professional paralegal associations, the Canadian Association of Paralegals (CAP) and the Paralegal Society of Canada (PSC).

According to the Canadian Association of Paralegals, paralegals are defined as:

Professionals who are qualified by virtue of education, training and experience to engage in substantive legal work including managerial or administrative duties, working independently but under the ultimate direction of a lawyer. The work performed by paralegals is generally of a nature that requires sufficient knowledge of legal concepts such that, in the absence of a paralegal, a lawyer would perform those duties.

The role of the paralegal varies greatly between provinces, depending on regulation, regional preferences and employer. Paralegals may be called law clerks, legal assistants, legal technicians, and technical clerks. No matter what nomenclature is used, paralegals play an important role in providing cost-effective legal services to the people of Canada.

Find Info For Your Province/Territory In Ontario, there is a clear distinction between paralegals and other legal professionals such as law clerks and legal assistants. Ontario’s Bill 14 of the Access to Justice Act allows 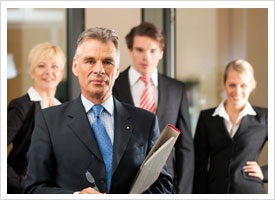 independent paralegals to become licensed through The Law Society of Upper Canada. Once they become licensed, paralegals are not required to work under the direct supervision of a lawyer when performing certain legal functions, including representing businesses and individuals in court as permitted by their license.  Persons who are not licensed and work under the supervision of lawyers are not considered paralegals in Ontario, even though they might be providing the same services as people who are called “paralegals” in other parts of the country.

Job duties and responsibilities are often differentiated based on the duration and experience level of the paralegal. According to the Canadian Association of Paralegals (CAP), typical paralegal job responsibilities include:

In addition to more typical paralegal responsibilities, senior paralegals may be incorporated into the management structure of their place of employment, providing trainings for staff, offering internal education programs, helping develop the business, and managing and administering their department.

In Ontario, licensed paralegals perform advanced legal services such as: disability appeals, appearances before boards and tribunals, matters of small claims court, appeals to employment insurance, traffic offenses and the like.