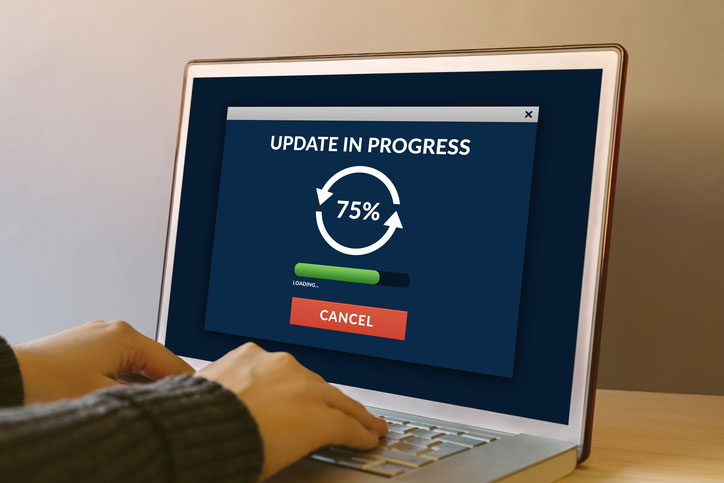 Each day moves us one step closer to life once existing only in the minds of sci-fi writers and conspiracy theorists dreaming of a world where robots rule, or in the nightmares of 21st century luminaries the likes of Elon Musk calling attention to harbingers that hint at the likelihood that Artificial Intelligence (AI) will run amuck.

Technology has crept into nearly every aspect of humanity. It isn’t any great stretch to see that few jobs are safe from the advances of AI, and the paralegal profession is no exception.

If you Google ‘paralegal software programs,’ it will return some 500,000 hits; not that there are that many programs out there, but there is enough interest in the subject to generate a massive volume of search results. The reason the partners at the firm you work for are probably among the people looking into it are clear: law offices are looking for ways to keep overhead down… And there’s another reason for so much interest in the topic – the one that brought you here: A growing sense of unease over the possibility that many jobs in the field will become obsolete.

What’s the Chances You’ll Be Replaced As Law Firms Look to Trim the Fat?

Dana Fischel, Advanced Certified Paralegal, Advanced Specialist, and treasurer for Inland County Association of Paralegals (ICAP) looks at the situation from the perspective of somebody who has been in the trenches long enough to see the march of technology steadily taking ground in the field of law.

For years now, there has been software programs fully capable of filling in all those blanks on common legal forms. “A while back I read a blog article that read that paralegals could be replaced by reliable software.  That if you put in the right data, the computer will spit out the right form,” said Dana.

After taking a long look at the risk legal software poses to the paralegal profession, The American Bar Association had this to say:

“…the increasing use of technology, the automation of certain legal processes and the concomitant desire to leverage on that technology and to push workflow down to lower and more cost-efficient levels (not to mention the increasing commoditization of legal services) may be increasing the use of business paralegals.”

That Was Then. This is Now.

That was 2007, however. Fast-forward a decade later and the landscape of technology looks a bit different now. Today there are enthusiastic, and well-funded, entrepreneurs that are working to replace entire law firms with AI. One such visionary, Justin Kan, is working on that possibility. He sits in his Silicon Valley office each day with his team  – ironically some are practicing attorneys – trying to recreate legal scenarios that can be replicated with the use of software.

One member of the team, cofounder and attorney Augie Rakow,  believes that the legal field is “archaic.” Their attempt to create AI that can take the place of not only paralegals, but entire law firms, is not too far-fetched in his mind. “Everyone knows this is the future of the legal practice,” Rakow notes. “I don’t want to spend the second half of my career like a taxi driver complaining about Uber.”

Uber has disrupted a traditional service to such an extent that Yellow Cab, the largest cap company in San Francisco, filed for bankruptcy in 2016. Uber, founded in 2009, currently operates in 67 countries and is valued at an estimated $62.5 billion. The money shift has been fast and remarkable as people immediately recognized the ease and convenience of using an app on their phone over hailing a cab.

But here’s the key: Uber still has drivers; people – at least until self-driving cars become more common. This same point can be made about the legal field. While robots and tech can change an industry, and paralegals and attorneys are in the wake of this change, they still miss one important point: “the human factor,” said Dana.

Yes those pesky humans that still need to input the information into the programs, sort it, send it to the court’s, file it, contact the parties via email, text and phone with updates and news and discuss concerns with clients and others in the chain. People also work to strategize using years of experience and knowledge, reading, sorting and qualifying all the documents during the discovery process that the software spits out. And, at least for now, only people are capable of making the human to human connection and conveying the emotion and understanding certain situations call for. Whether working with clients or opposing counsel, sometimes it takes a little empathy or anger to make things move.

As Dana put it, “I have to be the shoulder that people cry on because somebody died, somebody’s loved one died. Or there are a lot of moms who take care of their disabled children, and when the children come of age they are not only children anymore, but they are adult children…the moms have to obtain…what is called conservatorship of the person. There’s no income coming except for the help from the state, but they have to take care of the daily needs of their child. Most of the time these ladies devote themselves fully to this child. The most gratifying thing is when I help them with the burden.”

As of this writing, no legal software is capable of that.

It’s that human touch – that ability to walk alongside a client through what might amount to years of red tape – that a machine can’t replace.

The legal industry is changing. We are at the dawn of a new age where software will perform more and more functions once strictly in the purview of paralegals. We can’t ignore or deny this. It’s a simple reality as the future approaches at light speed. It doesn’t mean that paralegals will become obsolete. What it means is that professionals in the legal field are going to need to continue to adapt. But this is nothing new for paralegals, as the profession continues to become increasingly more specialized and the professionals become increasingly more sophisticated and knowledgeable of law and legal processes.

Just as surgeons now use robots in surgery, so too will AI impact the legal field. At the end of the robotic surgical tools, however, is still the expert hand that guides it.  Experienced, caring paralegals will still stand alongside clients through the emotional land mines and complicated nuances of the law. And who knows, perhaps AI will create new possibilities for paralegals to become the experts responsible for managing it.