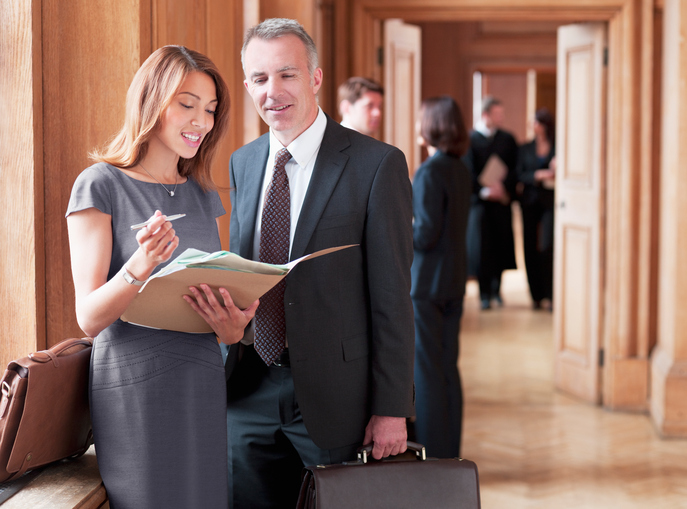 Long hours, tight deadlines, and demanding clients can push even the calmest, most composed paralegal to the edge.

And then there are the attorneys to deal with.

You’re confident that you’re on top of your game. Client files are organized, and your legal research is always on-point. You are great with the clients, and your documents are always prepared and ready to go on time, every time. So, why is it that in one conversation or email, an attorney can crush your confidence and leave you running for the bathroom for a good cry and some serious reflection on whether you have it in you to get back out there and do it again?

Here’s what I’ve found to be true: The same things that make attorneys great at their jobs tend to make them difficult—often incorrigible—bosses.

You Need to Remember: Their Jobs are Stressful Too

At times, the stressful nature of a law practice can be a pressure cooker. Attorneys work long hours, weekends, and evenings as they try to make impossibly tight deadlines and placate demanding clients who never fail to harass them around the clock. Winning a case is everything for an attorney – their reputation, and often their livelihood is on the line, and it takes its toll.

While your duties revolve around helping your boss handle everything required to come out the victor in each case you work on, at the end of the day you get to go home and turn it all off. As business owners, attorneys don’t always have that same luxury. It’s their law license that’s on the line with every document you file and their reputation that’s at stake if you make a mistake.

In smaller law offices, attorneys also handle everything required of a small business owner, from making payroll to renewing the lease on the office you go to work in everyday. You can imagine how bearing the weight of these responsibilities and the cumulative affect of a thousand loose ends would send an attorney’s blood pressure through the roof and add to the stress and chaos of the job.

While it may seem like your boss is targeting you and your work, in reality, it’s usually just the stress of a particular situation that’s causing the blow-up or the breakdown in communication, as the case may be. And, unfortunately, paralegals often receive the brunt of it for no other reason than because they’re the only ones in the office that attorneys can erupt on without consequences. It would be bad form to let any of that negativity leak out in front of a client or for a senior partner to catch any flack. So, guess what – you’re the one that’s going to be in the line of fire. In fact, the attorney you’re working under may be feeling the same kind of pressure you are from higher-ups. Or maybe there’s a judge that he feels has it out for him and busts his chops constantly. Or maybe he’s dealing with a big-ego, big shot client that’s making his life hell.

Bottom line is, if you work in a busy law firm, stress is simply going to be part of the culture and you’ll soon learn that sometimes you just have to deal with the occasional dressing down.

Before you start beating yourself up or looking for the nearest emergency exit, consider whether the attorney is lashing out at you—or just lashing out at the situation. It may seem cliché, but to make it as a paralegal, you have to let harsh criticism roll off your back, and those who can’t, don’t typically last too long in a law office.

Angela, one paralegal we talked to who worked for a Pittsburgh-based firm for more than a decade, reiterated this sentiment when she said:

“Even when it might seem like an attorney is attacking you, don’t take it personally! And don’t take it home with you! Don’t dream about it, don’t think about it! When I left work, my day stayed at work, and I might not turn it back on until I was heading back to the office.”

There are certain situations where you just have to be resigned to the fact that any answer is the wrong answer. You’re going to get plenty of, ‘Didn’t you know I needed [fill in the blank]?’ or, ‘Why didn’t you handle [fill in the blank]?’ Forget the fact that you were never told to handle it, never handled it before, or that you wouldn’t have any idea how to handle it.

I talked to one attorney who said that her boss told her she was free to leave early one evening, only to call her an hour later, screaming that she needed to get a client’s signature on a contract. Was this task assigned to her? No. Could she have possibly predicted her boss would need this? No. She said she knew that this outburst was likely because he was frustrated at having forgotten to assign her this task in the first place– a task that was now overdue.

At times it may seem like you are expected to be much more than a paralegal—a mind reader, is more like it. While it is impossible to predict your boss’s thoughts, you will find that your ability to anticipate what your boss needs at a will improve over time.

According to Angela, “My paralegal job in litigation required working for five different attorneys at one time. I quickly learned to adjust to their individuals needs and idiosyncrasies. I knew how they liked their binders, how they preferred their documents. I quickly learned how to switch things up to make each attorney happy.”

Get as much information as possible so you understand a particular situation and can better predict what the attorney may need. Try to understand how the attorney thinks, anticipate potential issues, try to get out in front of them, and position yourself one step ahead.

Unfortunately, there’s no one-size-fits-all approach to handling attorneys who are unreasonable, inpatient, or downright nasty. But if you get an idea of who you’re dealing with, you can often deescalate or even completely avoid uncomfortable exchanges with your boss.

You may work for an attorney who expects nothing but the best from himself and from his paralegals. This type of attorney will expect you to complete your tasks just as he would. In this case, it would be in your best interest to make an effort to match his approach to show you respect his work style and commitment to excellence. It’s always better to go with the flow than fight it.

You may also work for an attorney with an explosive temper. This type of attorney can be a drain, bringing you down when she’s having a bad day. When things get particularly heavy for this type of attorney, she will lash out—and you’ll be her main target. In this case, it’s often best to let her explode. Listen to her vent and pay close attention since there are likely important points to pick up even when getting a tongue-lashing. However, don’t rise to her level of anxiety. Remain calm, answer her in a calm, quieter voice, and make sure she knows that you are there to help.

The best thing you can do in a difficult situation with an attorney is remain calm and in control. An attorney may be able to control many things, including your workload, but he can’t control your emotions or how you react to a situation.

Accepting that your relationship with an attorney is a professional one and not a personal one also often helps manage expectations. For example, Angela said, “It’s not like your besties with your attorney!”

Angela described the unique dynamic that came with working with partners who were woman, describing one who wasn’t exactly disrespectful but aloof:

“She never asked too many personal questions. She cut herself off because she had work to do. She expected me to get the work done and she wanted it done perfectly because her name was on it. She wanted it to be of the highest standard.”

Angela accepted this relationship and never had any expectations that her boss would care about her kids’ colds or her weekend plans.

Angela also found that the women partners were often much more difficult to work with than the men. She surmised that this was because the female attorneys often felt like they needed to prove themselves in a male-dominated field.

Find a Way to Deal With It … Or Find the Door

Does a temperamental, disrespectful attorney mean you should head toward greener pastures? This all depends. In Angela’s case, she said after careful consideration, she decided to move on from the stressful litigation environment that was made even more stressful, thanks to a few particularly difficult partners.

“You have to first ask yourself if you’re taking it too personally and if there are ways you can help ease the situation. If you feel you’ve done what you could and it’s not getting better, you have to move on.”

A good paralegal is going to learn to accept stress and the temper tantrums attorneys throw as all just being part of the culture in a busy law office. The idea is to develop a thick skin and use that to your advantage to build your confidence and show that you’re all about getting the job done and not interested in wasting time licking your wounds.

Others find ways to change the trajectory of their career and choose an area of law that is known for being less stressful. Some find that firms specializing in estate law or intellectual property licensing, for example, can be much less stressful than firms where battle-ready attorneys are constantly involved in litigating personal injury cases or messy divorce settlements.

Some paralegals get very good at understanding the mood and stress level of their boss based on the timeline of the cases they’re working on – filing motions isn’t as stressful as preparing for closing arguments in a close-fought trial, for example. These paralegals learn to head it off at the pass and become skilled at anticipating what they need to do to mitigate that stress.