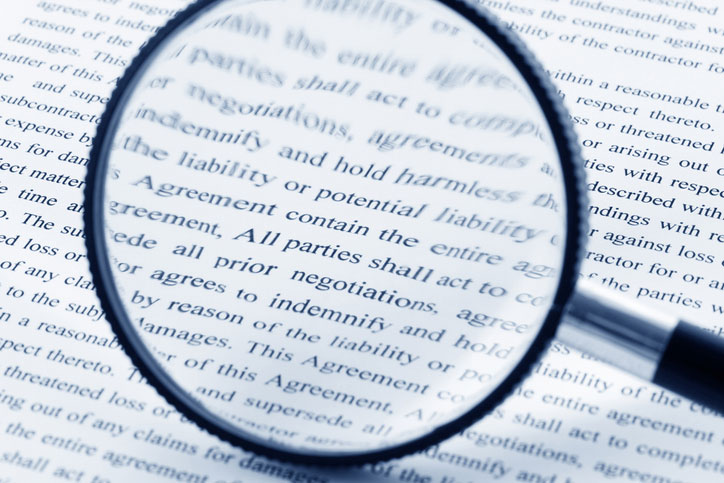 Called the language of legal documents, legalese is a big part of the legal field and will therefore be a big part of your job as a paralegal. Precise, formal language, peppered with unusual, even archaic words, has made the legalese that’s used for even basic legal terms a frustrating and largely unintelligible language for the average person. But legal jargon has been part of the legal world for hundreds of years, so one thing is for sure – it’s not going anywhere.

There’s long been a push for clearer language and more accessible law terms in legal documents. President Nixon ordered the use of “layman’s terms” in the Federal Register in 1972, and President Obama signed the Plain Writing Act in 2020 in an attempt to “promote clear communication that the public can understand and use.”

But don’t expect legal jargon to fall by the wayside anytime soon.

Legalese and the obscure law terms used as part of it dates way back, some four hundred years, to the Anglo-Saxon laws when the birth of terms like deem, oath, and writ took hold. Legal terms are influenced by the Latin, French, and English languages (most lawyers were fluent in all three and each language was used in different domains), making them even more difficult to understand. For example, you can still see French influences in the legal field, like the addition of an “e” to the term squire, thus making esquire.

Most lawyers will tell you that legal jargon and archaic legal terms are important to safeguard legal documents from misinterpretation. Legal terms can only mean one thing, so there’s little chance of misconstruing a document. Legalese actually provides predictability and consistency in the field, which is particularly important when comparing old case law to new.

And while you may find some current legal terms being used in place of archaic ones (subpoena is often replaced with witness summons and plaintiff for claimant, for example), do yourself a favor and get to know legal terms and their meanings because they’re sure to play a starring role in your everyday life as a paralegal.

Whether you’re just starting a new job or if you’ve been serving a law firm loyally for years, it seems like there is always new legal jargon to learn. Those mysterious words will play a big part in your career as a paralegal, so it’s important to get familiar with basic legal terms (often called “terms of art”) and common legal phrases (often referred to as “specialized terminology”).

We’ve listed the top 30 legal terms and phrases we think every paralegal should know, whether you’re getting your bearings in a paralegal internship, prepping for job interviews, or a seasoned pro looking to test yourself to see if you know all these essential law terms by heart.

Ready to take your paralegal career to the next level? Now that you’re familiar with legal terms, learn how to work smarter. Here’s 10 software solutions for paralegals.