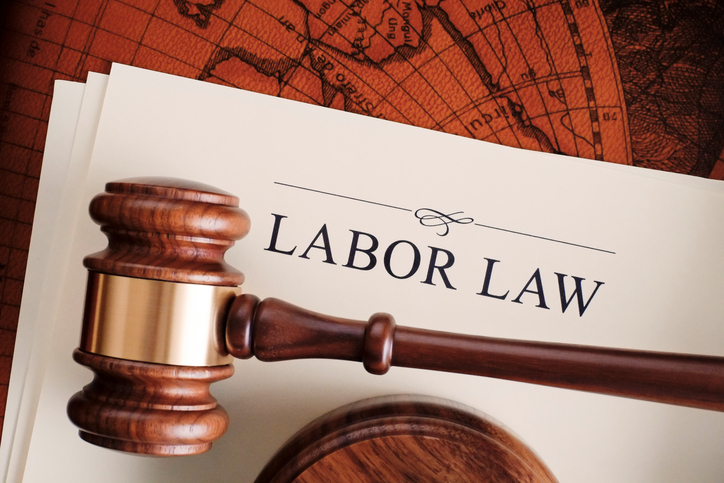 The election of Donald Trump as president of the United States set off a flurry of evaluation and speculation in a wide spectrum of industries and professions, not the least of which has been in the world of labor law attorneys and paralegals.

With everyone asleep at the wheel and seeing Hillary Clinton as a shoo-in for the White House, there was a high degree of stability at the Department of Labor (DOL) and within the Equal Opportunity Employment Commission (EEOC) and National Labor Relations Board (NLRB).

With a Republican-dominated government, however, the possibility rose that there could be dramatic changes in labor law practices. Conferences were hastily put together, presentations were made, and legal experts across the spectrum attempted to read the tea leaves from the sometimes cryptic pronouncements coming from the campaign trail.

As a general rule, EEOC appointments and administrative interpretations of labor regulations tend to favor employers under Republican administrations and unions or employees under Democratic administrations. Particularly considering the many run-ins that businessman Trump had with the NLRB and unions, and his long history of grudge-holding, some dramatic revisions in rules and enforcement were expected. Because so much of labor law is effectively administrative law that is determined by agency rule making and regulations, it tends to be much easier to change without extensive debate or opposition from Congress.

Many observers expected immediate and drastic changes along those lines from the incoming Trump administration, including:

FIND SCHOOLS
Sponsored Content
What they actually got was far less impressive.

In general, if there is a way to characterize administration actions on labor law so far, it is that they have all been taken on the easy route. On March 27, for example, President Trump signed a Congressional Review Act and rolled back an Obama-era executive order that had established strict labor law standards for contractors applying for federal contracts. The measure was passed by the Republican Congress unilaterally and presented to Trump for his signature—no other executive branch effort was required.

For any action that requires coordination and organization on the part of the administration, efforts have fallen flat. Indeed, Trump’s initial nominee for Secretary of Labor, CKE Restaurants CEO Andy Puzder, was forced to withdraw his nomination after allegations of spousal abuse became public… the transition team had failed to vet him ahead of time. The administration went almost three months without a labor secretary in place, handicapping their ability to enact further changes.

Similarly, despite taking office with a Republican Congress to rubber stamp his choices and two open vacancies on the National Labor Relations Board (NLRB), Trump failed to even nominate new members until late June, almost six months after taking office. This has left Democrats with a three to one majority on the board, ensuring unions and labor advocates a friendly hearing in disputes.

As of late June 2017, the administration has failed to fill four of the five open Department of Labor appointments, slowing efforts there to make promised regulatory adjustments.

On the other hand, the Department of Justice, in an unprecedented action, reversed its position on three active lawsuits brought by the NLRB against employers. The suits, seeking to enforce the right for employees to file class-actions, had been supported by the Obama administration and continue to be pushed by the NLRB, which will argue them alone before the Supreme Court.

Although Court-watchers expect little impact from the reversal on the ultimate decision, it is indicative of how quickly subsequent course changes in labor policy could be made by the current administration.

The one thing that labor advocates may have going for them is the extreme disorganization the Trump administration has exhibited so far. As of June, 2017, three EEOC positions that were open when the president took office remain open—the administration has not even proposed replacement candidates, let alone begun to lobby the Senate for confirmation.

As with the NLRB, this leaves the existing EEOC commissioners heavily tilted toward Democratic dominance—a two to one majority. Decisions made while waiting for new appointments will largely be made in favor of organized labor… a fact certain to displease many of Trump’s big-business donors.

No One Benefits From Uncertainty In Labor Regulations

For the most part, little has changed on the labor law front despite big promises from candidate Trump during his campaign. Any efforts to actually roll back the much-reviled “job-killing government regulation” have yet to appear.

But instead of stabilizing matters, this has simply left labor law practitioners in an even greater position of uncertainty. As scandal continues to plague the administration, it’s an open question whether or not any major policy initiatives will be pursued.

Instability is as bad for business as it is for labor. Even among law firms that specialize in labor law, the uncertainty creates difficulty in plotting strategy or even in deciding what cases to take or to drop—the odds of winning cannot as easily be determined when the legal landscape is shrouded in fog.

It’s more likely that a series of scattershot efforts will be the norm, keeping both business and labor interests off-balance.

As the government lurches one way and another on labor regulations, paralegals and attorneys in the field will have to move quickly and keep an eye on which way the winds are blowing. A sudden change in interpretation of existing law, as with the NLRB class-action cases, can make or break a case.

At the same time, failures of process or diligence, of which many have already been seen from the administration, can present unexpected opportunities for opponents. Firms representing unions can take heart from the series of fiascos the administration has stumbled into with immigration law, for example… similarly ham-fisted attempts to revise labor regulations are likely to violate the Administrative Procedures Act just as obviously, and result in similar defeats in court for the administration.

After four years of such stumbling, it’s likely that both business and labor interests will be cheering for an administration that can offer a more predictable environment to operate in.